A Court Of Thorns And Roses by Sarah J Maas

Feyre is a huntress.

And when she sees a deer in the forest being pursued by a wolf, she kills the predator and takes its prey to feed herself and her family. But the wolf was not what it seemed, and Feyre cannot predict the high price she will have to pay for its death ...

Dragged away from her family for the murder of a faerie, Feyre discovers that her captor, his face obscured by a jewelled mask, is hiding even more than his piercing green eyes suggest. As Feyre's feelings for Tamlin turn from hostility to passion, she learns that the faerie lands are a far more dangerous place than she realised.

And Feyre must fight to break an ancient curse, or she will lose him forever.

“I was as unburdened as a piece of dandelion fluff, and he was the wind that stirred me about the world.”

As you will read further down I reluctantly accepted this book with an unsure mindset due to the previous covers I had seen that made it look like full on YA fantasy, but when I saw this new cover I read the blurb and was intrigued enough to opt in for this read along with Tandem. Oh boy was I glad that I did. I am now a complete fantasy fan and will be steaming through this entire series.

The story opens with Fayre. she is one of three sisters that live with their father in a tiny cottage. They had wealth at one point but this was all lost alongside the death of their mother. Fayre was asked to make a promise by her mother on her deathbed, as the stronger middle child, she would always protect her family so she is the one who goes out and hunts in the woods alone to try and keep her sisters and disabled father alive.

The woods are not a safe place though and their is an invisible wall separating their world from another more dangerous realm. Prythian is a magical world where faeries and other magical creatures all live. The two worlds keep apart due to a war hundreds of years ago when humans were freed from being slaves to the magical leaders. They are said to be cruel and evil but There is a peace treaty and everyone keeps to it.

But one night Fayre is out in the midst of a brutally cold winter having to venture further into the woods to find any food she can to hunt and take home when she sees a wolf. This wolf clearly comes from the other realm as he is far to big to be a mortal wolf. Fayre is convinced it is not a faerie in a wolf body so she kills it with her arrow alongside a doe and takes them both back to her cottage. They will eat well for at least a month with what she has managed to kill even though she has a niggling doubt in the back of her mind.

This is where the story truly starts. Fayre is taken suddenly one night by another wolf to live in Prythian as punishment for taking the life of a faerie. She is told as long as she stays on the grounds she will be safe but when she arrives she is shocked at what she finds and the wolf who took her is actually a high fae leader, Tamlin.

It isnt long before Fayre starts to find herself falling for Tamlin, never did she expect to fall in love in this land especially with a faerie but he is nothing what she expected he would be and she can feel that he feels the same way too.

But not all is as it seems in these magical lands and everywhere she goes there could be a being ready to kill her if she is not careful, she also learns of an evil that has started spreading across the lands and soon Fayre must help Tamlin before all is lost and everyone and everything is under the evils rule and the threat to the humans and her family becomes a reality that she cannot ignore.

This is a fantasy read with a beautiful romance that is sexy and provocative. Fayre has to risk her life and go on a mission that she may not come back from. Every word you read and every page you turn is more addictive then the last.

I honestly could not put this one down and absolutely loved how it came to an end. The story is written with so much detail that you can picture in your mind everything that you are reading in minute detail, which only builds the suspense when it really gets going and also brings a blush on a few occasions to!

“Because your human joy fascinates me—the way you experience things, in your life span, so wildly and deeply and all at once, is … entrancing. I’m drawn to it, even when I know I shouldn’t be, even when I try not to be.”

Well, for a start it has everything that you could possibly want from a fantasy novel.

This book has totally converted me and now not only do I eagerly await the next three books in this series but I also will be reaching out and trying more reads like this one.

I had seen this one about previously BUT I never picked it up because the front cover of the original always made me think it was strong fantasy and I had only ever read light fantasy reads and not many at that. I am so SO glad that when the opportunity came up for me to reads this one alongside fellow bookworms that I took that chance and put my concerns to one side. It was extremely worth it and I am now utterly obsessed with this author and where the characters are going to go in the next book... I have my thoughts on this and cannot wait to see what happens and who Fayre takes alongside her for the journey.

My favourite character had to be Fayre. She is a stubborn strong woman who puts family above all else.

As to my favourite male character. Thats a hard one and i am not sure who i would choose between Tamlin and Rhys as they are both equally worth obsessing over ;0) This is romance fantasy at its best!!! Read this series now!!! 🤓

A New York native, Sarah currently lives in Pennsylvania with her husband and dog.

Books by this author

A Court Of Mist And Fury book two

A Court Of Mist And Ruin book three

A Court Of Frost And Starlight book four

A Throne Of Glass book one 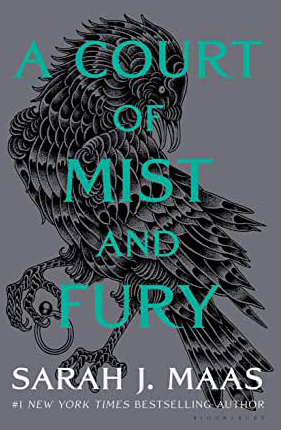 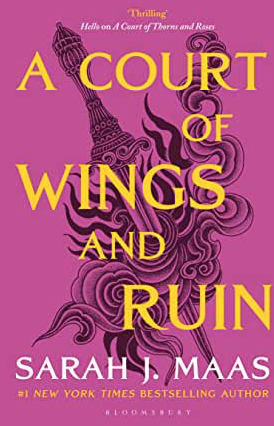 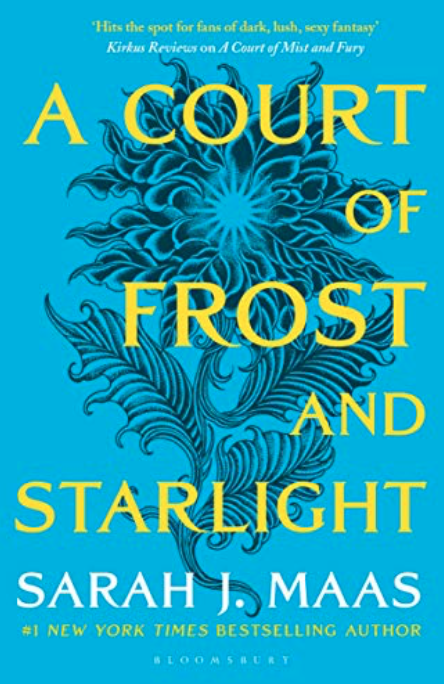 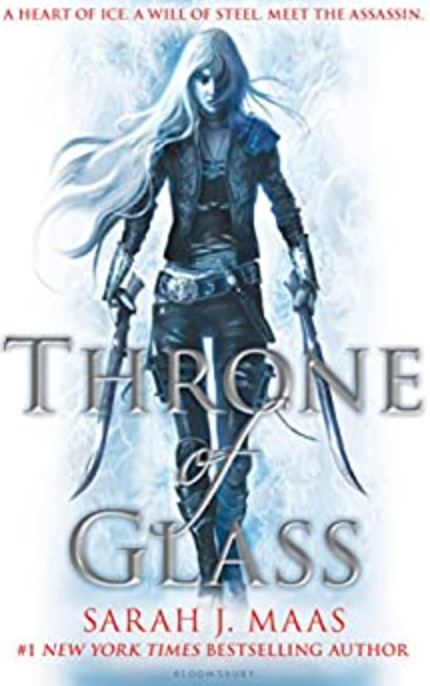 Caraval by Stephanie Garber (the caraval trilogy book one)

Assassin's Apprentice by Robin Hobb (the farseer trilogy book one)

Nevernight by Jay Kristoff (the nevernight chronicle book one) 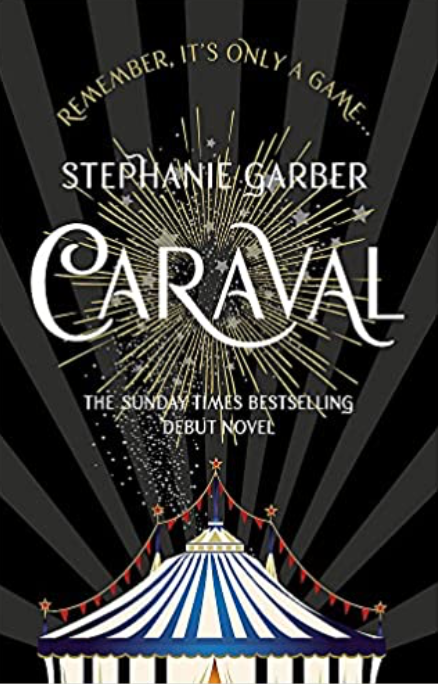 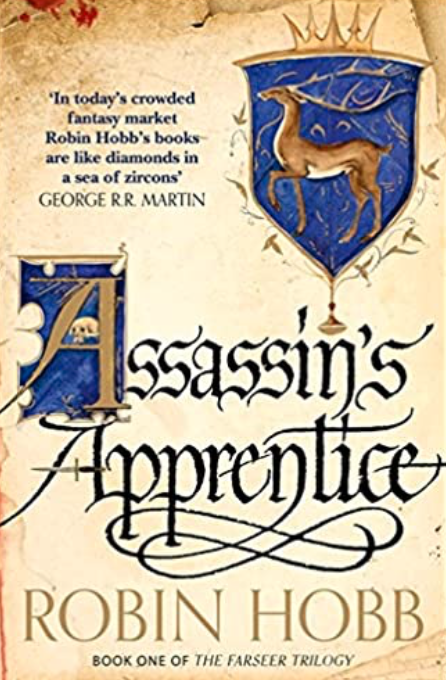 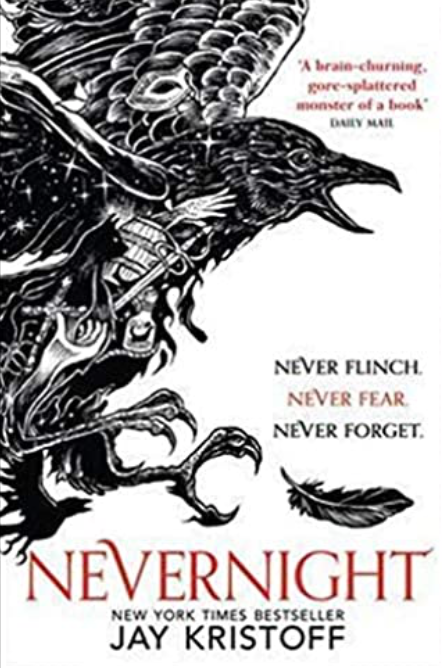